The star-studded movie role Alli Simpson turned down to join this season’s I’m a Celebrity… Get Me Out of Here! cast… and the bizarre reason why

She may have only entered the jungle on Tuesday night, but it appears Alli Simpson had other places to be and people to see.

According to The Courier Mail,  the 22-year-old actor, presenter and singer was meant to film horror flick The Possessed, but turned it down in order to join I’m a Celebrity… Get Me Out of Here!

‘It’s something I’ve always thought about doing,’ Alli said of her decision to go on the showe. ‘It’s been on the cards for a few years and I’ve been hesitant.’

The news site reports she was expected to star alongside actors John Jarratt, Lincoln Lewis and Angie Kent, before she accepted the offer to join the Channel 10 reality show. 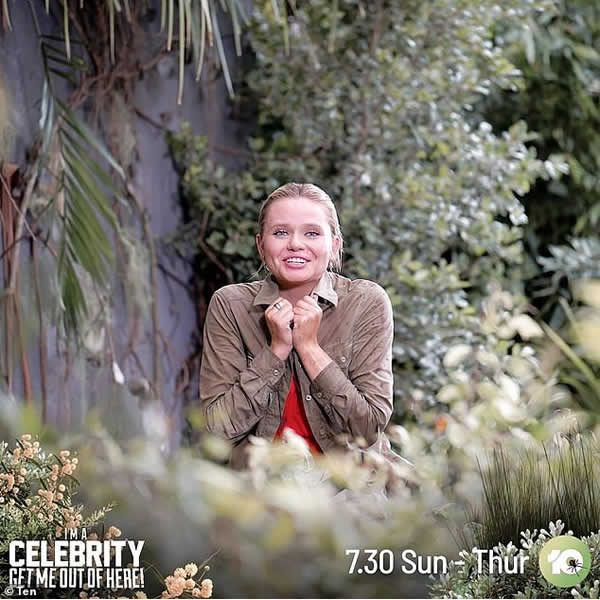